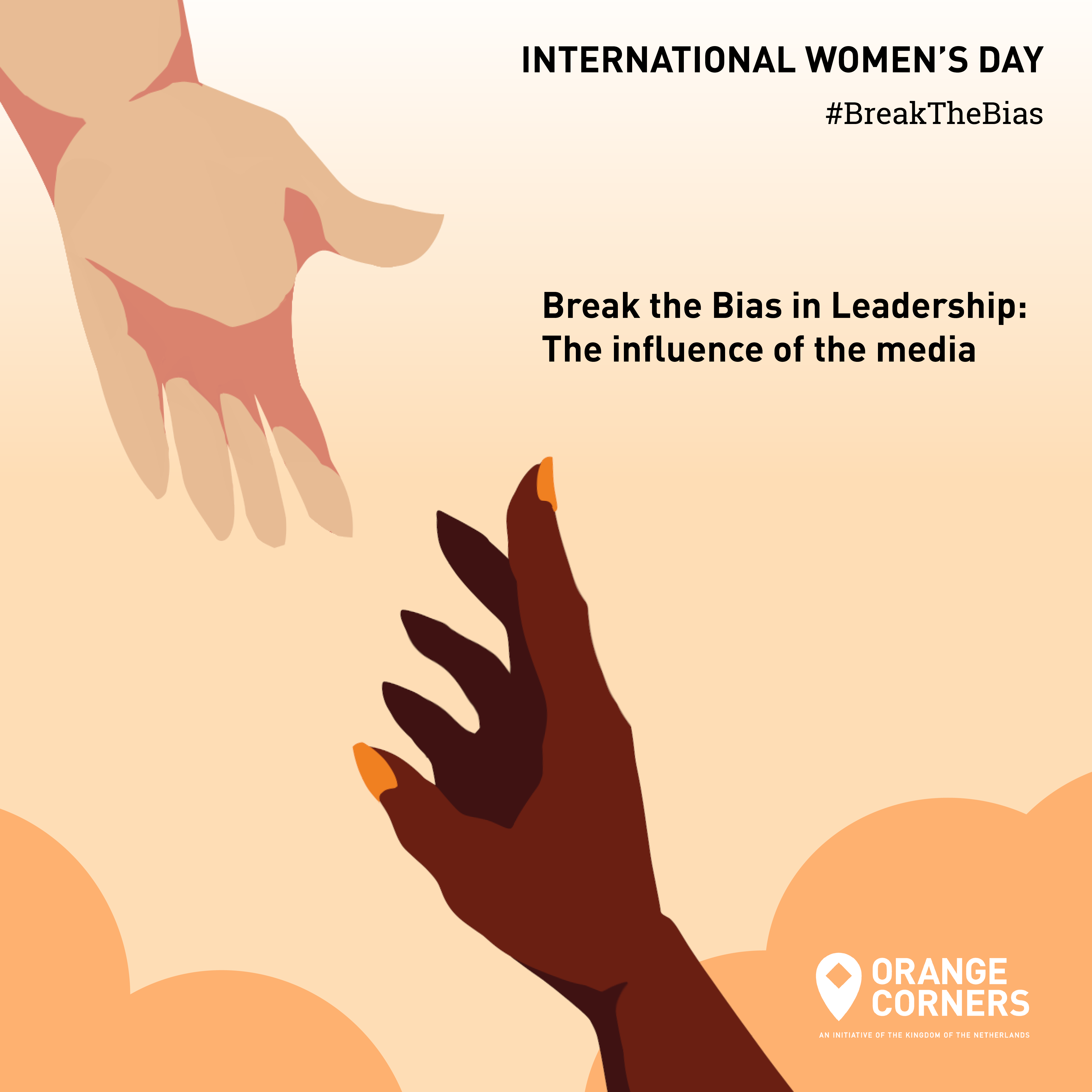 At Orange Corners we believe that role models are essential for young female entrepreneurs with the ambition to become managing director at Talabat or the next Aliko Dangote, who is currently the most successful entrepreneur of the continent of Africa. Where do we find famous and inspiring examples of role models? If we look at the influential media, we have identified three: Television journalism, social media and cinema.

The outreach of mainstream media/ journalism is huge. So if a well-known journalist is biased, it can cause ‘alternative facts’. The core task of journalism in general is to share the news without any preconception or bias, unfortunately most editorial offices are not that divers. A lack of diversity within any company is something what you have to prevent. Diversity is not a trend but can contribute in the form of new insights, knowledge and network. With a lack of objective news gathering and a surplus of biased journalism, it’s difficult to see enough female role models in the news programs, talk shows etc.

Countless movies about male heroes were made, but it’s only from the last 20 years, female actors got the leading role and finally made a beginning in #BreakTheBias on the white screen. Before the year 2000 there were only a few movies made about female superhero’s or movies with an actress in the leading role.

Social media and the internet have another role in the discussion #BreakTheBias in female leadership. Holding a social media account like Instagram or TikTok doesn’t require a (non-diverse) management structure with mostly men. Social media can be an instrument to #BreakTheBias if used in a good and constructive way. A lot of girls and young women have an impressive outreach with their channels and are reaching for more young people in comparing with conservative media.

Andy Roddick, professional tennis player, once got a question from a sports journalist: “How does it feel to be the only player in history winning two gold medals at the Olympics”? Roddick looked the male journalist straight in the eyes and gave him the most angry look he could produce. And said annoyed, “Serena and Venus Williams both won at least 4 gold medals”.

Another example of bias in the world of journalism is the type of questions men and women receive during interviews. In general men get more questions about their capacity and content, while women are often asked about how they look and which designer outfit or color combination they are wearing.

In the cinema, for years and years male actors got film roles as presidents, leaders, successful business men, athletes, brave military and tuff fighters. Female actors often play the second fiddle in these kind of films and do not pass the Bechdeltest. They are for example, the wife of a hero, the assistant of the genius or the victim in need of help. And we can say cinema and television are essential in framing and growing a bias. In the years before Barack Obama became president of the United States of America there were hardly any black presidents in television series and blockbuster movies. So, cinema is and can be a trailblazing medium for people to express how to #BreakTheBias.

Break your own bias

First and foremost: Women and girls have to believe in their own strength and wisdom. No one will have faith in the capacity of a leader who does not have faith in themselves. Feel it, believe it, practice it! People at the top of the pyramid, mostly men, prefer the status quo. Don’t fall into the trap thinking nothing is going to change! Everyone should be willing to challenge the status quo, mentor young talents to become great leaders, and at one point step aside.

If you have the feeling that you are not strong enough to challenge the status quo, you have to be smart. Even tall and strong American Footballers have to play in a team. A quarterback always gets the protection of at least one enforcer. That’s the teammate who does the tackles if necessary. Find your ‘enforcer’, someone who is willing to support you, is capable too and doesn’t take the spotlight on him- or herself. The starting point of finding your own enforcer is to openly talk about your ambitions as a potential female leader. There are always people who are willing and able to help and support you reaching your goal.

Reaching high positions in the media landscape is not always a matter of being part of the Old Boys Network. Several interviews with television anchor pop-up with a small sweep on the internet. We quickly can determine that at the Dutch National Television a lot of anchormen and women came to their position with a mix of coincidence, luck and of course a decent skill set! When there is an open spot for a television anchors due to somebody calling in sick, just put your hand up in the air and with all the courage you have in your body. And use the words, Yes I can and Let me do it as your mantra!

Behind every successful woman is…….

We all know the adage “behind every successful man there stands a woman”, suggesting that a ...

For Orange Corners, understanding an entrepreneurial environment or ‘ecosystem’ is incredibly important for the implementation of ...