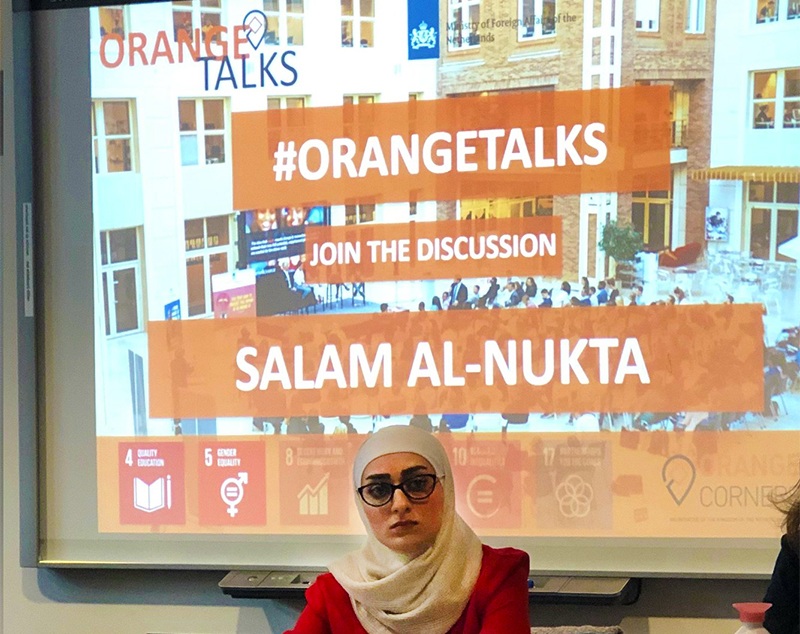 The hardships and destruction war can leave in people’s lives are all to familiar across the globe. The last few years have been marked as the largest refugee crisis. In 2017, over 65 million people worldwide were forcibly displaced because of persecution, conflict, violence, or human rights violations according to the numbers of the UN High Commissioner for Refugees. From this number, around 5 million reportedly fled from Syria to neighboring countries or even other countries.

This however doesn’t mean that everyday live in Syria stops to continue. Those who stayed have to continue and find creative solutions to difficult problems, such as the closure of thousands of companies and the loss of many jobs, and enormous poverty rates. This led to a huge surge in entrepreneurial activities and aspirations in the country since 2013, especially amongst young people. From 2017 to 2018, more than a 150 startups were created in Syria. A survey done by Ahmad Sufian Bayram in 2017 shows the difference in perceived importance of innovation and entrepreneurship amongst Syrian youth between 2014 and 2015 is depicted. The people who agreed with innovation and entrepreneurship being an important factor that needs to be developed in Syria grew from 52.2% to 54.8%. This is not strange, considering there are reports on the peacebuilding potential of employment promotion and the creation of businesses and jobs as economic foundation for peace.

Moreover, the war in Syria is likely to have a positive effect on the position of women in the job market and entrepreneurship. Due to the absence of men because of military service or having to flee the country, women now have to work in order to become self-supporting. Salam al-Nukta, CEO of ChangeMakers and One Young World ambassador, explained during the first Orange Talks that it was not normal in Syria for women to have a ‘regular’ job like waiting tables or being a cashier. This is mainly due because of the large cultural objections of women handling cash or talking to men they do not know. Now more women are working, and more women are looking into the possibilities of entrepreneurship. The ratio of female entrepreneurs is now 23% versus 77% male, which according to Salam, is very high for Syrian standards, but still not sufficient. This is confirmed by the numbers of the Syrian National Report for Entrepreneurship, which say the female entrepreneurship rate in 2009 was only a little over 4%.

It is not uncommon for women to gain more power in society during a time of war. World War II is considered a turning point for women’s rights in Europe. As men went of to war, the women took over their jobs and businesses. The same could very well apply to Syria in the long run.

Salam is one of these female entrepreneurs who started the company ChangeMakers in 2016, while still finishing her biology bachelors. The objective is to teach programming skills to young students (with a focus on women) which they can use to find a job, pursue a higher education or start up a company. During bootcamp sessions ChangeMakers organizes to motivate and inspire youth to choose entrepreneurship, she found an enormous increase in aspiring entrepreneurs. There are also increasingly more male Syrians who want to apply their female relative for one of their programmes, because they do believe women should become more independent.

Unfortunately, the reality in Syria however isn’t adapted to these aspirations just yet. Entrepreneurs still big obstacles in terms of basic infrastructures and access to finances. Women face additional problems in terms of violence, cultural objections and sexual harassment. She explained during the Orange Talks that starting companies have to find creative solutions for issues such as finding a venue to host events in and that there is little to no finance from private sectors or foreign investors to start-up, because of the sanctions against Syria.

For more information on ChangeMakers, visit their website: http://www.changemakers.co/