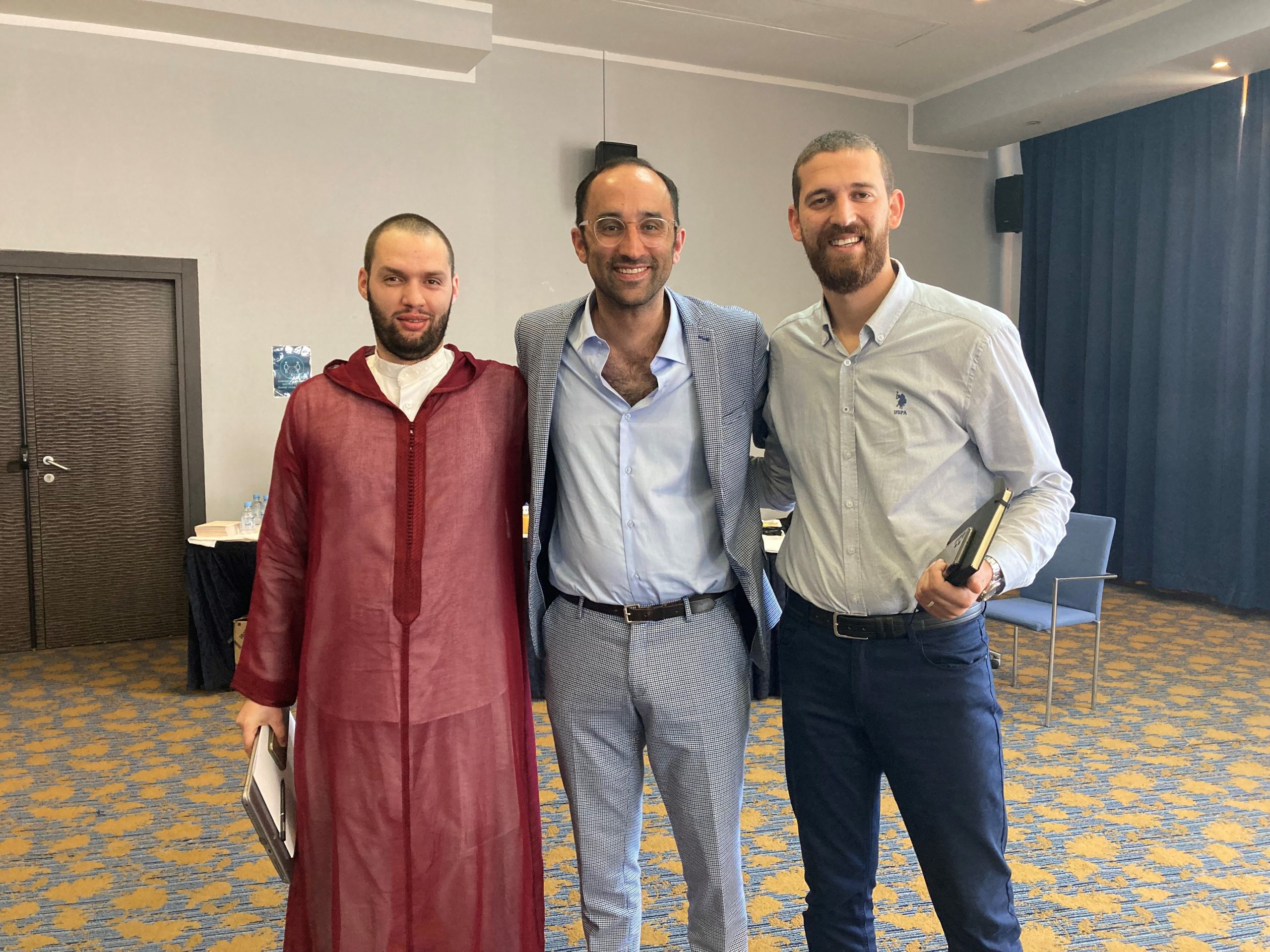 Mohamed Taha El Ouaryachi and Oussama Nour are two entrepreneurs from the north of Morocco. They both have degrees in technical engineering sciences, and Oussama also studied airspace technology in Brussels. Last May, Wave Beat was selected for the Orange Corners Innovation Fund (OCIF) at the Orange Corners demo day.

Wave Beat is a project of the Advanced Third Age Renewable Energy Company (ATAREC). They are a Moroccan startup that aims to be a leader in innovative third generation renewable energy solutions and their applications, especially for facilities exposed to the sea. Wave Beat uses the tides of the waves to produce energy, large pontoons are connected to generators that convert the movement of the wave into electricity.

With approximately 50% of the population living near the seas, ATAREC wants to become an economic, socially and environmentally responsible lever, working for a positive impact on people and the planet through its solutions aimed at facilitating access to energy and water. With the support of Tangier Med (Port Authority of Tangier), ATAREC is concretizing its pilot platform in marine energy, the first in Morocco of its kind, in order to contribute to our model national experience in energy transition.

During his trip to Morocco, Orange Corners HQ communications advisor, Remy van Aarden not only attended the demo-day, but also spoke with Oussama Nour at the Wave Beat offices, together with Rim El Khattabi of Bidaya, Orange Corners implementing partner. The interview took place in Tangiers, the city where Wave Beat is running its first project in the port.

What are your Ambitions?

Because the work as an entrepreneur with a startup never stops, Oussama is present in the Wave Beat office on Saturday. Wave Beat had the opportunity to rent an office space in ‘Techno Park’ Tangier. “Since we started working on Wave Beat, the ambitions were very high, we want to make Wave Beat internationally known. Over the past few months, we realized and came to the conclusion that the dream of making Wave Beat a reality is becoming a reality. In addition to Orange Corners, we also won another financing award, 3.5 mil dirhams (335,000 euros). That amount was intended to accelerate what we do at Wave Beat. We also won a few other challenges, encouraging me and my companion to keep going and push harder!

Our startup is different from others because we have a technical solution, not an IT solution. It costs a lot of money to validate the product and test the capabilities of Wave Beat. This period is critical for Wave Beat, as we need to prove the value of Wave Beat to our potential users and buyers.”

Oussama says he is happy with Orange Corners La Caravane “There are several incubation programs in Morocco, but not so much in the north of Morocco. So when I saw that Orange Corners La Caravane was coming up north, I was excited and felt the urge to get involved. I really appreciate the help to get in touch with other entrepreneurs from the same region and sector in which we operate with Wave Beat.

OCIF works for us. In the beginning, we used our own savings. But in any business, it is very essential to have access to finance to keep the business going. OCIF gave us the financial support we needed. Orange Corners was not only helpful with finances, but also with training and masterclasses.

The La Caravane team motivated us to attend the working group and masterclasses, which was really great!”

“During our startup, we encountered several challenges. First, it was difficult to find a good tax specialist. Fortunately, we received Orange Corners training from a tax specialist, whom we hired for one-on-one coaching.

Because it is difficult to find an expert in Morocco who is able to handle every aspect of doing business in different countries and knows about taxes, law and other money matters.

Second, it is difficult to find good employees because our product is very technical. What we do is we go to the best technical universities in Morocco to recruit the people. We are also working with a Dutch university to test a prototype.

To celebrate International Youth Day and inspire scholars selected as part of the One Young World ...